About Your
Streaming Options 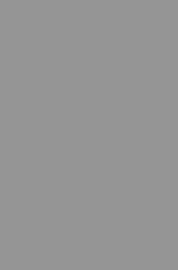 How do you determine "best of"? Do the lists of which movies made the most money mean anything? Or is it the number of awards they've won? Is it online popularity rankings? Or is it what film critics tell you?

Here you can decide for yourself and quickly change the rankings by clicking on the sliders to change the importance of each factor to suit your own tastes. This is how we defined each factor:

We looked at the major awards given by various organizations, including those of writers, directors, and actors, from the United States and elsewhere. We weighted all the accumulated awards by importance of what might indicate a quality movie. For some awards we considered a nomination to be almost as good as winning. Exact rankings can be very much open for debate, but films that were nominated or won many awards or that were considered for best picture generally rise toward the top.

This is a blend of professional critics' reviews and audience ratings. Since the mix of sources varies by movie, especially when going back through the decades, among other things we adjusted for those sources that are more stingy with approval vs. others that tend to laud anything above average. So our rankings reflect the sources as well as the ratings given.

People also vote for movies with their pocketbook. This actually gives a much larger sampling of people than any other method, so it can be a legitimate way to consider whether a movie might be entertaining.

Comparing box office numbers within any year is easy, but for lists that span years or decades we've made adjustments for factors including inflation and population. The results are basically a ranking of the percent of the population at the time that paid to see each movie in a theater.

For now we are using United States box office numbers, since that is where we have the best data for comparison across years. It does skew the results to be very U.S.-centric for now. Those numbers from the late 1970s and on are the most accurate, and more sparse as you look backwards toward the 1930s. Each era also has its own "other" factors that make box office comparisons across the years less than the complete story: disruptions from the Great Depression and World War II in the 1930s and 40s; the introduction of television as a competing entertainment medium in the 1950s and 60s; videotapes, DVDs, and rental stores in the 1980s and 90s; and on through today's streaming options, a pandemic, and shortened theatrical runs. With all that in mind we keep refining our formulas as we continue to gather and incorporate more diverse data, so you'll occasionally see movies shift around in our rankings.

Here we attempt to identify movies that rank well in other categories and that also have award-winning actors or directors, and actors or directors who have had prominent roles in many other well-regarded films. The idea is that some of these people either are the reason those films are highly rated, or that they have a good record of choosing quality projects with which to become involved.

One caveat: some movies have small parts or cameo appearances by many popular actors. Those cameos often show up in the credits, which can give a few movies misleadingly high rankings in this category.

Play with the sliders, find settings that please you, and enjoy!

Streaming services fall into 5 general categories, with occasional overlap. These are all "on demand" services where you can watch anytime of your own choosing, instead of being limited to a broadcast schedule.

You pay a monthly or annual fee to have full on-demand access to the movies currently in their offerings. You can watch as many movies as you want, whenever you want. The selections rotate, so sometimes a movie available today will no longer be available tomorrow. Other movies are added to the rotation.

*IF* you have cable TV service that includes these channels, you can likely stream their movie and TV offerings on demand. To do so, you will usually have to go through a one-time login process through your cable provider to authorize your TV or device. Then you can view their offerings on demand at your convenience. Be forewarned that TCM is the only one in this group that streams their movies ad-free.

Free through your Library

These services have a rotating selection that you can check out via a login through your library... if your library subscribes to them. Not all libraries participate, and those that do probably offer just one of these choices. But it's free, and uncut without ads!

Less satisfying free options are available if you don't mind your movies interrupted with advertisements. It's similar to watching movies on late night broadcast TV, except the movies themselves are uncut. It can add considerable time to watching a movie since the ads cannot be skipped. A 2-hour movie can easily take 2 1/2 hours or more to view. Most of these are heavy on B and C movies that don't make our lists, but they have a few good ones in the mix. Among these options are IMDbTV, VUDU, Roku Channel, Plex, Pluto TV, Popcorn Flix, and others.

If none of the previous options work, you can rent many of the movies to stream on a one-time basis, or purchase them to stream over and over whenever you want. These are some of the online rental and purchase options.

Our movie database has been used professionally in applications since 1992, growing over the years from about 30,000 entries to well over 100,000 movies and 500,000 people before we moved to selectively concentrate on quality over quantity. We validate the core that we maintain via multiple sources to ensure the highest level of accuracy. We've recently embarked on this endeavor to present a subset of our data publicly, letting the numbers do most of the talking while keeping opinions to ourselves and editorializing at a minimum. Being math and statistics geeks, almost everything on this site is based on raw data, numbers, and statistics. We hope you find it to be an interesting way to discover movies you may have missed over the years, or others you may have forgotten and would like to revisit!
- the "bestof" team

We neither ask for nor store personal information about our visitors, nor do we use cookies. Like most sites, we do use analytics software to tell us in general terms how many visitors we receive daily and which pages are most popular. In the future we may include advertising links that originate from third-party ad providers that do their own tracking, but to date we remain ad-free.

Feel the urge to write? We'd love to hear from you! Click here.

Welcome to Best Movies Of...

You can sort most lists by awards, box office, reviews, people, or any combination. Just tap the Sort tab (orange arrows) near the top right, then tap the pop-up sliders.

As an experiment this month, each time you visit the home page a random year will be displayed.

Pick any year, person, or specialty list and explore!